My sister and I are working on a fun project together- collecting some family recipes and lore. I thought it might be fun to share some of these as we go. This one in particular is legend. 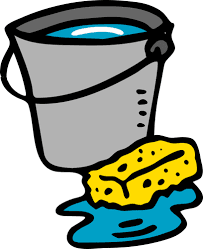 As a child, I was extremely curious. In fact, I still am, but a desirable trait in an adult can certainly be a drawback in a child. I am relatively sure my curiosity made parenting me much more difficult.
To further complicate my parents’ lives, I was also a total night owl (and that is a trait I definitely have not carried into my 30’s).

Shortly before my fifth birthday, I was playing a game on the living room floor late at night. Mom was asleep on the couch behind me. The game I picked involved using tweezers to remove various objects from a make-believe patient. If you did not do this with precision, the patient’s nose would light up. However, being not-quite five, I misinterpreted the objective and assumed the nose-lighting was the goal.

Since the game with my modified rules was far too easy and I was unsupervised, I devised a way to up the ante. Why make this pretend man’s nose light up when it would obviously be more fun to make my nose light up. My plan to accomplish this was to remove the only piece I actually could get out, which was the bucket, and insert it into my nose.

Much like the rest of the game, I found getting the bucket into my nose did not prevent much of a challenge. Unfortunately, getting it out did.

It was nearly ten at night when I woke my sleeping mother with the announcement that I stuck a bucket up my nose and couldn’t get it out. She, understandably, told me I was dreaming and attempted to send me back to bed.

In response, I stretched out my nostril and made her look.

Mom was suddenly very, very awake. She attempted to remove the bucket with her fingers, the tweezers, and a few other household items before admitting defeat and calling the doctor.

Did you know that you could die from bucket inhalation? It’s apparently, according to my pediatrician, a thing that could happen if a bucket inserted up one’s nose were to be inhaled into one’s lungs. The doctor ordered us to the emergency room and promised to call ahead so they were ready for us.

As soon as we arrived, my mother approached the counter and shared my name. The triage nurse immediately leaned back and yelled “hey Joe, the buckets here!” to her colleague, and the giggled throughout our entire intake.

In retrospect, I am now convinced that the ER doc that examined me was very new, and had never met a child before.

He pulled out a long pair of plyers with a serrated blade. “These are my alligators,” he said. “I am going to put these up your notes and pull the bucket out.”

Adult me would said “the hell you are.” Child me simply pinched my nose shut and refused to cooperate.

It took hours and the bribe of a new toy that Mom had put away for Christmas to get me to unclamp my nose and allow the procedure. I will always remember the feeling of cotton swabs (damp with numbing solution) rolling around in my nose and then how quickly and easily the bucket came out.

The offending bucket made its way into my baby book and the game to which it belonged was outlawed in our home until all children reached the age of 18.

Posted by ShaunaKelleyWrites at 8:17 AM

Enter your email address to get notified of new posts!

My work on Scary Mommy!